"Supporters are the soul of African football" – Issa Hayatou 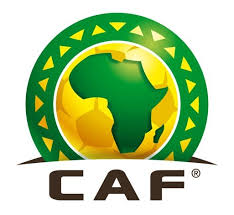 The Confederation of African Football (CAF) held their 39th general assembly at the African Union headquarters in Addis Ababa, Ethiopia on Thursday, March 17th. Those in attendance witnessed a tidal wave of transition in the name of change for football on the continent. Our Cameroonian brother, Issa Hayatou, lost his 8th election bid to Ahmad Ahmad, President of Madagascar Football Association 34 votes to 20. Ahmad takes the helm, along with several new executive members, and a general optimism and hope surrounding the future of African football. The peaceful transition of power that transpired, not often the case in African elections, is evidence of a good start.
Hayatou, who has been the ‘darling’ of both African and international football for decades, serving 7 terms as CAF President since being elected in 1988 and a stint as interim President of FIFA after the Sepp Blatter scandal, will leave a lasting legacy of bringing African football into the modern era. During the anniversary dinner celebrating 60 years of CAF, Hayatou was gave a few remarks on the evolution of the game in Africa. One statement stands above the rest:
“It seemed essential to put the supporters at the heart of this celebration. They are often forgotten… yet they are the soul of African football.”
There’s do doubt about it: football is famous for it’s supporters. When we look to the stands in World Cup competitions, you can always count on the African fans to surprise with their face paint, drumming, dancing, and extravagant animation. Supporters travel thousands of miles to watch their team – club or country – compete. They often begin supporting their team before they even know it, watching matches as babies, donning their team colors. As they grow they begin to support whatever team that their football-mad dad (or mum) supports. As children, supporters not only watch their favorite teams, they play as if they were them. Teams who play under the banner of Arsenal or Chelsea are not only found in London. They are found in nearly every African town and village where the game is played. Players are the greatest supporters.
As we user in a new era in African football, the Ahmad and his leadership team must embrace the significant role that grassroots football plays in the development of the game. The games that are played on dusty patches of dirt on hot afternoons are just as much part of the future of the game as the big European contracts signed. The beautiful game is not only played on synthetic turf in million dollar stadiums. It’s played on the side of highways, deep inside neighborhoods, around school yards, and in the middle of the jungle on obscure fields where players of all ages go to forget about their troubles and battle for bragging rights. Every day on those fields, youth train to become as great as indigenous heroes like Sadio Mane or Pierre-Emerick Aubameyang. This is grassroots football. These are the supporters. And as Mr. Hayatou brilliantly stated: this is where you find the soul of African football.