Congrats to the 2021 winners of the second edition of our new and improved PLAY4PURPOSE tournament, One Nation FC! Together ONFC and 7 other teams, combined with the greater Pittsburgh community, helped raise more than $20,000 in support of our mission.

The previous edition of the PLAY4PURPOSE Charity Tournament, hosted in 2019, was won by the River Yetis. This was the official re-boot of our Cup, which first played on Pitt's campus in 2013 as an African Cup of Nations styled tournament. Over the years, with support of generous corporate partners in the Pittsburgh Region and supporters across the country, we've raised more than $55,000 to support health education and community development programs in Pittsburgh and West/Central Africa.

The 2022 event is scheduled for early August in Schenley Oval (official date to be announced soon).

*Tourney format (number and length of games) will be determined once we get closer and see how many teams register. In 2021, all teams played a minimum of three 40-min games (two 20 min halves), followed by semi finals and finals.

For potential partners and sponsors, contact Justin Forzano (justin@openfieldintl.org) to get involved! 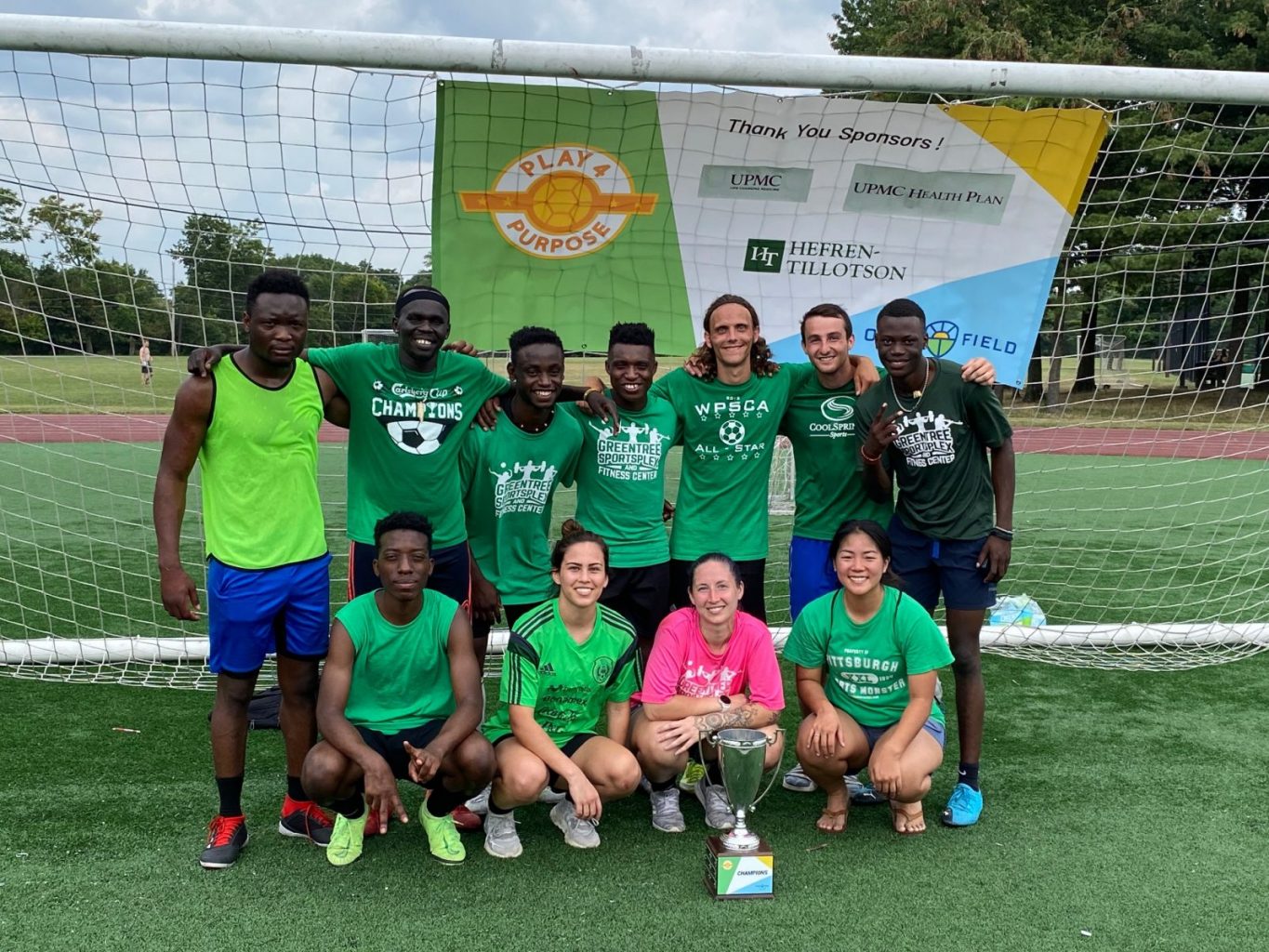 Congratulations to One Nation FC who came out on top in 2021. Congratulations to the River Yetis who came out on top in 2019. Check out highlights from the inaugural / revival of our PLAY4PURPOSE tournament!