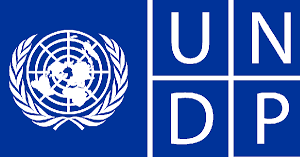 Pittsburgh, PA – The Cameroonian Association of Open Field, a Pittsburgh-based Sport for Good organization with activities in Western PA and West Africa, was recently awarded a grant from the United Nations Development Programme as part of their Early Recovery Mechanism – Small Grants Facility in the Anglophone Regions of Cameroon, Africa. The project was launched earlier this year in response to the ongoing crisis which has resulted in tens of thousands of people displaced and hundreds more dead in the nation often referred to as ‘Africa in Miniature’.

The UNDP-supported initiative aims to promote inclusion of internally displaced youth and girl’s empowerment through the global game of soccer. Activities include training of peer educators – youth between the ages of 14-18 – who serve as coaches, referees, and match delegates responsible to support implementation of soccer competitions that promote inclusion, health and well-being, and positive youth development for 1,000 youth in four cities and two regions of Cameroon. This initiative builds of programming and activities that Open Field has run in Cameroon since 2010, made possible by contributions from supporters in the Pittsburgh area as well as with grant funding from the FIFA Foundation since 2015.

“Two representatives of the organization attended the UNDP training earlier this month and gained a lot from it. This week we invite other partners to our office for the official launch” Justin Forzano, Founder & CEO said, “We look forward to the opportunity to expand activities in Cameroon and join the United Nations network.”

Since 2010, Open Field (formerly CameroonFDP) has engaged more than 3,000 youth in educational soccer programming, mentoring relationships, travel abroad experiences, and cultural exchange. In summer of 2019, activities were launched for immigrant and refugee youth and their neighbors in two low-income neighborhoods in Pittsburgh utilizing the same Sport for Good model that was developed in Cameroon.

Open Field is hosting the 7th edition of their PLAY4PURPOSE adult co-ed soccer tournament on Saturday, August 24th as part of a campaign to raise funds for fall programming. Individuals and companies may support by visiting: https://www.crowdrise.com/o/en/campaign/play4purpose